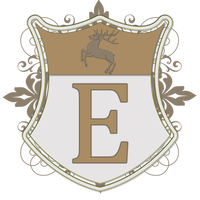 March 14, 2010. Rome, Italy
• Introduction
The time, 9:15 in the evening. Fabio Enzo, brother to Darien, Tito and Rico, had just woken up from his long slumber. It was March 14th, 2020, and although Fabio did not know it yet. This day would go down in history as the day the Enzo's broke up.

- Continuation:
Enzo's were not a day light bunch. They enjoyed the night life, and most of their time consisted of attending parties, clubs, selling, dealing, and taking drugs, and most importantly... money. The Enzo's were no stranger to money and the power that it could buy, most of their life, money was never a factor. Buying the biggest houses, the most expensive and fastest cars was an everyday thing for them. While the average person dreamed of riding in 1st Class, the Enzo's were zipping across Italy in their personal Shamal. However, the money had taken its toll on the family. Darien, the eldest of the bunch was growing tired of Fabio's constant spending, and even more so of Rico's constant begging. Being head of the estates, and wishing to show them the importance of money, on this day Darien came up with an idea.. An idea to show Tito and Rico what it meant to make money, to help them truly appreciate the value of money. So, in their wakings he gathered all of them in a local pub, nothing too fancy, but expensive none the least. In this sitting he told them of his plans, and by the following morning they were on a plane to the States to live with their long time cousin Lenny Enzo. Although Lenny was partially detached from the family tree, he found himself no problem getting used to their lavish lifestyle. And over the years they created what would be notoriously named, the Enzo Crime Family.

Mid February, 2020 - Los Santos
• What started it all...
As most successful people do, the Enzo brothers in the states had caught the attention of some rivals. In their swift upcoming they found themselves in the cross hairs of the local farmers. Because the Enzo's had been stealing and manipulating land to fund their drug trade, they had caught the eyes of the farming group 'The County Rascals.' At first the Enzo brothers thought nothing of this and simply set it aside. They couldn't fathom some harmless farmers doing any damage to them or their infrastructure. However they were sadly mistaken. In their lack of care, they allowed the County Rascals to grow into a force that should not be reckoned with, and although the Enzo's had money, they County Rascals had motivation. In their rage and revengeful rampage, the rascals set fire to the Enzo's base of operation, destroying millions of dollars in assets, drugs, and bringing the police departments attention to their operation. Because of this, the Enzo's reputation as a family dropped and their employment count plummeted. They were forced to move to Las Ventures and take refuge in the Green glass college estates where they lived in hiding for some month before completely going off the grid. This would be later known as the Enzo turning point. 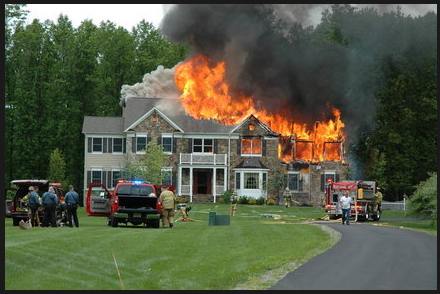 July 27th, 2020 - Los Santos
• Enzo turning point
It was late in Rome, the sun had just set as Darien woke up to begin his night of work. Like most people he went about his post wake up routine. Taking a shower, getting dressed and having a dinner time breakfast was all part of the norm for him. On his way out the door the phone began to ring. 'That's odd' thought Darien to himself, he wasn't used to phone calls. In-fact, he had forgotten he had one within his home until it rang. With questioning in his voice he answered it, "Hello?" He said. To his surprise the voice that came through the phone shocked him "Brother!" It was Tito. He sounded worried but confident, with a mix of suspension in his voice. "Brother.... ummm... Hey, what's wrong?" asked Darien. After a long pause Tito replied with a cracked voice "I-...We. We need your help in the States. We... **coughs on his words trying to find them** ran into some trouble with the wrong people and we need someone with the right experience... We need you." Darien sighed loudly at these words, rubbing his hair back and then speaking with confidence "What did you do this time." he said, annoyed but curious. "Our house.. Lenny's house got burned down and he wont talk to us anymore.. He is blaming it on us, and... **His voice gets very soft** it was kind of our fault.." Darien with shock in his face speaks loudly with a hint of anger in his voice "You got his house burned down!" There was a long pause after this.. Tito was worried to answer the rhetorical question, he could tell that his eldest brother was not only unhappy with the phone call, but angry at what they had gotten themselves into. Tito answered with caution "We still have our money, but we need you to come help us.. we need you in the states... We need the family back together." Darien paused, intrigued by the statement but frustrated. "So, you want me to pack up everything, leave the life I've made for myself here, in our real home, forget it, and come to the states?!" Darien was working himself up at this point and was getting very noticeably annoyed by the sound of his voice. Tito replied "La Famiglia è per Sempre.. Family forever, brother." Darien chuckled mildly at this, repeating softy "Family forever.... I'll be there in a few days... **Starts to put down the phone but quickly brings it back to his mouth*8 Oh, and Tito?" Tito replied "Yea?" Try not to fuck anything else up before I get there." Tito laughed as he hung up. Tito turned to Rico and Fabio throwing his hands up and screaming "HE'S COMING HOME!"
*The next day*

It was a long flight but finally Darien could see the LS skyline over the horizon. 7 In-flight service peanuts, and 4 glasses of Red wine later Darien had touched down in LS. It was different to him, loud, and noisy. He wasn't used to loud City life.. At least not being awake for it. As soon as he stepped off the plane and grabbed his luggage he was headed for the door. Because he had never been to America before he had a weird craving for an American cheeseburger. He has heard and seen them online, in pictures, movies, and T.V. shows, but now he could actually get one. He stepped out into the brisk LS sun and just as he put his briefcase down he noticed what could be nobody other then his brothers. It was a 3 car convoy, 2 Armored trucks and a Limo, escorted and filled with armed guards. This was what Darien was used to so he had no doubt his brother was just on time. As the limo pulled up, a man, a little older then he had remembered him being, stepped out of the limo with a huge smile on his face. They reflected more of the situations they had and the things that had happened in the car ride over. But Darien had also not forgotten, it was time for his American burger. So on they went.... To live their live in America, only time could tell how the rest of their story played.

Big support for my homies