Why would you like to become a Community Helper?
I would like to be a community helper to contribute to the server. I have been noticing that the newer generations of players, especially those with poor English skills, have not been as knowledgeable. I would like to help out the new players and make them into better players. I would like to help these new players become better role players and players in general. I feel that if the newer players know the server rules and how the server works the server will be much more enjoyable for the players who do know what they are doing. I want to make the community into a better, friendlier and smoothing running community. I also would like to be a part of the staff team or maybe even a moderator one day. I feel that Community Helper is the best place to start. I love this community and I would like to give back to it for the good times its given me.
Why should we choose YOU and not any other applicant?
I think you should pick me and not any other applicant because I am a very active player and I know many of the server rules and offenses. I also have a very good understanding of the way the server scripts works. I think you should pick me because I am also willing and able to be on duty whenever needed.I am excited about maybe becoming a community helper and I am not just doing it for the tag of being a community helper. I feel that you should pick me over any other applicants because I will always be available to answer help requests while ingame, I will be helpful to the members of the INT:RP community and i will make their experience on PHRP better and more enjoyable. I feel that you should pick me over the other Community Helper Applicants for these reasons listed.

Define the following RP concepts and explain or give a short example:

-Out Of Character (OOC) is the information about your issues in real life, and you are not allowed to mix it with your character in game.

-In Character (IC) is the information about your character in game, not about your issues in real life, so dont mix it.

-DeathMatch (DM) - In Roleplay Concept, is killing a player for no reason. Just attacking them because he likes to shoot and kill, and it's forbidden. If you like deathmatching, go to a deathmatch server.

-Revenge Kill (RK) - Attempt to physically harm a player who killed you before for the same reason - killing you. Some people think that Revenge Kill is only when you actually kill the person, but it is also a physical harm. This is simple - you are going to kill your killer, for revenge. You can't do that, because of a simple rule - when you "die" (critically injured, unless it's a Player Kill), you lose 30 minutes of memory. So you can't remember who killed you.

-Powergaming (PG) - Either forcing another player into a RP situation, which ends in the other player's disadvantage, or doing unrealistic things, which you couldn't make IRL, such as roleplaying taking out a minigun from your back pocket, you can't do that in real life, or can you?

-Kill on Sight (KOS) Killing on Sight is Attacking a player in any way without any or little roleplay involved. Even if you have a roleplay reason to attack the player, if you do not roleplay you can be punished for this.

-Chicken Running - Running in zigzags to avoid being shot at. It's running like a retard from side to side. If you don't want to get jailed for Chicken Running, run straight forward or hide behind objects. 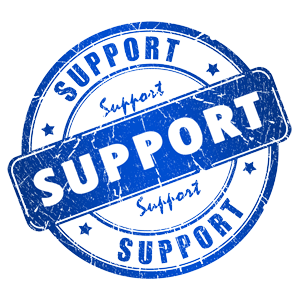 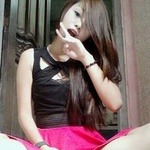 Re: Suggestion Make Me an Helper

Your Application are Similiar on this