Knows how to Properly RP (/me and /do): YES
Clean Admin Records: YES

3.1 Tell us some things about yourself (Answer in english)
• ivan i live in san ferero in palesades. My dad's name is alexander_ garcia he is a miner in losventuras and my mom is raechel_garcia. he took care of my brother and I have only one siblings and his name is pual_garcia. we moved to lossantos to find a good job I was hired by a company as a trucker and immediately accepted it. One day I met a man named allan_gallaleo who offered me a job because of money shortages and I did not think twice about taking it. I became a hitman and became a drug smagller in the YAKUZA group. we also robbed the biggest bank in the lossantos.one day as I was walking down the side of the road I had a group fight with the ESCOBAR group and we had a gang war when we saw them shoot right away. they warned that they would kill my parents so I could come back to their rescue quickly but I found them dead and that day I left the YAKUZA group and decided to make a new life and avoid ellgal jobs. I decided to join in lspd to eliminate all the bad and to host the death of my parents and siblings

3.2 Why should we pick you instead of other applicants (Answer in ENGLISH):I have the ability to learn quickly and obey the rules and when I do something wrong I will take it and learn more about what to do.

3.3 How do you imagine yourself after one year in department (Answer in ENGLISH):In five years I'd like to have an even better understanding of what it takes to be a good officer. Also, I really enjoy being the first to a scene, and I work very well under pressure. Ultimately, I'd like to be in a commander-type position, where I can use my organizational skills and industry knowledge to benefit the people working with me, and those we are there to help

I played 10 to 15hrs a day or more depends on a situation if needed. 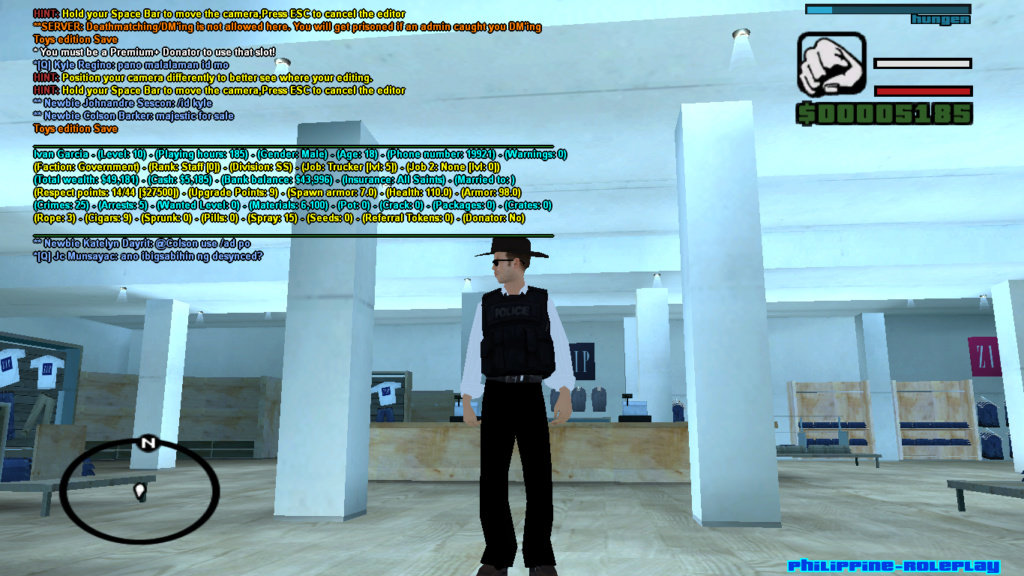 "Dedicated to Order with Steadfast Loyalty and Unrivalled Valour."