Knows how to properly RP: Yes
Clean Admin Records: No

3.1 Tell us some things about yourself (No word limit):I was born in East Los Santos, grew up in a middle class family in which I learn alot about moral values and being a good citizien. I finished both my high school and college with high honor roll and later on moved to become a detective under the prestigious Police Department of San Fierro. My training there was intense and very exhausting, I had never being under so much pressure but I managed to graduate on normal time an dwas quickly assigned to a special division that fought Organized crime.

There I learned to track down criminals and do undercover job efficiently, bringing down one of the biggest mafias ever known there named the Triads. Later I moved on and tried to apply for the FBi but a personal tragedy shocked me so much I stoped working for around a year or 2.

Turns out my job in San Fierro had given me a name in the streets, and the only people I really cared about ( My Girlfriend) was tracked down by the remaining Triads and after being kidnapped and tortured for almost a month, they cold blooded executed her and send me a tape, telling me to leave that town If I loved my parents.

It was hard to get back on track but now that I have decided to start my life again over here at Los Santos, the city that saw my birth. I am confident that joining the LSPD will be the best move I can ever make, so I can help birn justice to this city once again. My parents are getting old and I have worked hard and earned some cash with private detective jobs which have allowed me to send them to a nursing home with all the needs and securities, so I dont have to worry about them and I can focus on my job 100%.

I hope to have as much succes in this department as I had in the San Fierro Police Department.

3.2 Why should we pick you instead of the other applicants (No word limit): Because I am an excellent shooter and can trakc down criminals like no one else

3.3 How do you imagine yourself after one year in the department (No word limit): I want to help the bank and citizen 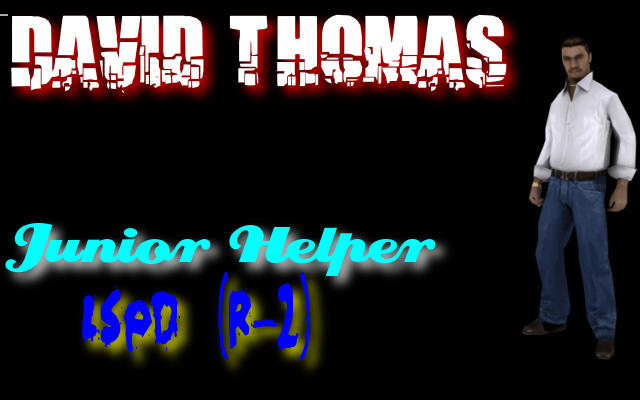