Biography ( a minimun of 100 words ):Step brother of Alex_pool was born on San fierro in 1995, yeah it's me.. i never saw my father on my life, and my mother sent me to the school when he was seven years old. i started my education in the best school in the city, when i get my Architecture license i lost my mother she lost her life due to using drugs.. i started my career on the city of san fierro and i earned good money from it, when i was 20 Years old i met with my brother Zyrone Almino in san fierro, he found me and met with me like a real friend, he tried to bring me in los santos but i ignore him, then i told him i have a good life in this city and i din't want to change my city now, maybe later. i had a wife her name is Katya, and also one

child, his name is Steven, when we was in my apartment with my brother, Raymond heard something from outside of house. that was a gun shot. he goes outside and found his guys got killed there. my brother was members of bloodz gang, he was two crips killed his guys outside the house. he went outside to help them, those two crips shot my brother and kendrick got injured on his left leg. they escaped and i bringed my brother to the hospital when he feels better he told me everything about his life, gangs and his losted brother... now i got how he living on los santos with enemy gang.. he goes back to the los santos...i saw rich on san fierro and i had a lot of money, wife and a son...but all of it get losted *

Why should this application be approve? :Because I will make Los Santos become a non-sick people place.So that many people will go in Los Santos to be Heal by LSFMD and I will make my self Always Present Everyday and become the most active LSFMD member of all 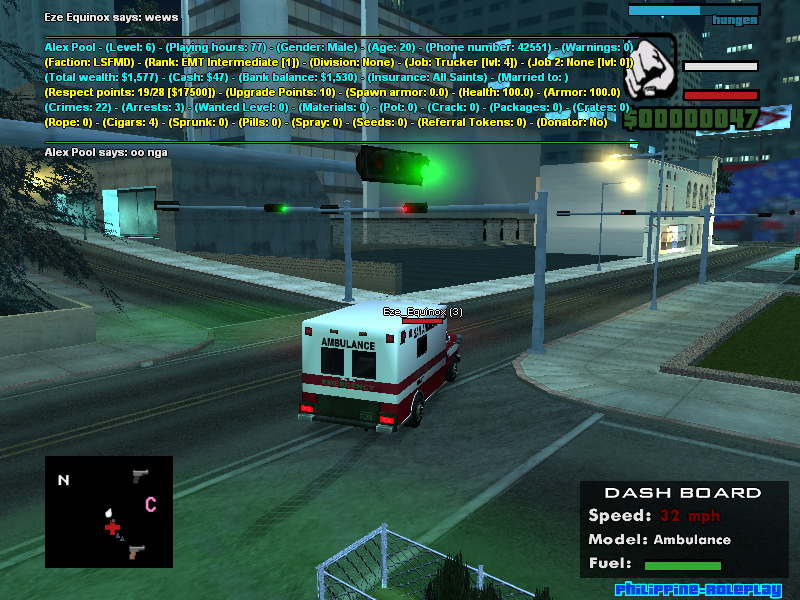 Re: Alex Pool For LSFMD LEADER

Similar topics
» Alex 2.14 is available
» Transformers Movie and Animated Leader classes
» need help writing a song
» The sims 3
» JOIN MY CLAN AND GET XP POINTS FROM THE LEADER