Knows how to properly RP: /do /me and /b and Yes
Clean Admin Records: Yes

3.1 I was born in Little Italy on June 17, 1988 to a loving hard working mother and father, my father has a trucking job and my loving mother is a nurse in Little Italy, ever since I was a little boy, I always played Cop's and Robber's with my friend's and family and my favourite game is Private Investigator, I always use to pick up clue's and solve mystery with my family.My father always worked alot of day's so I haven't been spending alot of time with him, he took me to his job because he wanted to show me how he felt to be a trucker, I nodded my head in a please manner and I took a look around.
In the late 2000's, 12 and I was on the street with my uncle, me and my uncle saw bunch of police officer's doing traffic patrol and routine control, I saw how he they did it and my uncle told me he was a police officer, I nodded my head at my uncle and we heard some gun shot's and me and my uncle ducked to the ground because we didn't know what was happening, The police

3.2 officer, I nodded my head at my uncle and we heard some gun shot's and me and my uncle ducked to the ground because we didn't know what was happening, The police responded to the shot's fired and a hour later, my uncle got a call that his son got shot in the chest and didn't survive.
In the late 2002's, I sailed off to college and studied about Law Enforcement and Crime Forensic so I studied about being a police officer and how to act being a law enforcement officer, then I got out of college because the Las Ventures Police Department wanted me in their department, I surely accepted it and I went to the academy and learned everything I needed to know, my commander trained me and I was patrolling with my partner Hans Stormae, their were so many robbery's in Las Ventures I couldn't even count how much their were.I worked in Central Patrol Unit

3.3 for 4 year's then I moved back to Little Italy to see how my family were doing, I brought my mother and father a house somewhere away from the violence and that was when I got transferred to Little Italy Police Department, I worked there for 2-3 year's and I moved down to Los Santos and started living my life.I met some officer's of the law and I saved a guy life and his name was Cadet David Thomas. 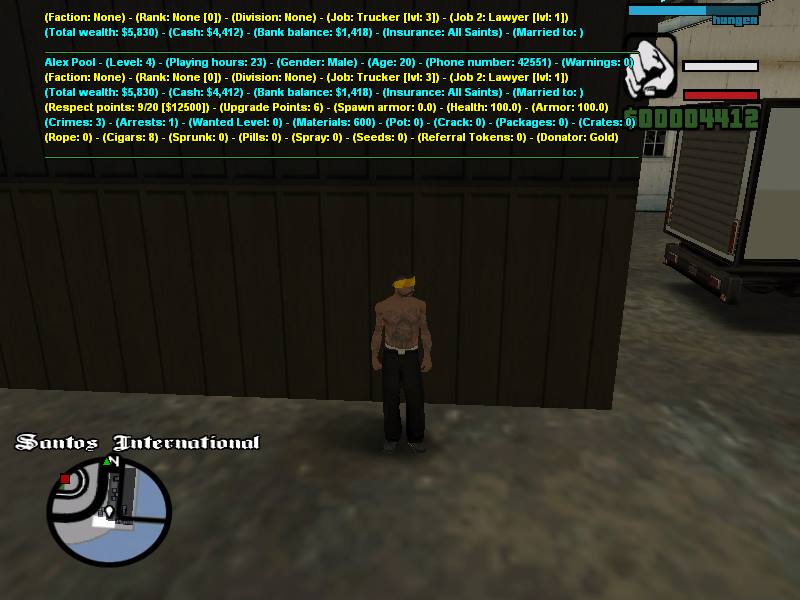